In the last year, Netflix’s original programming has introduced me to some of the best shows I have ever seen. From Love Sick (formally Scrotal Recall) to The OA, The Marvel Series (Daredevil, Jessica Jones, and Luke Cage), Stranger Things, and last but not least,  Black Mirror. The point is, our trust pal Netflix tends to do no wrong on the show side. Enter 3%, a series involving a world that has been split into a very noticeable hierarchy. Every year the youth of the world take a group of test called The Process. You are only allowed to take the test once, and if you pass you are allowed to join the best of the best in a place called The Offshore. If you fail, you are to forever live in poverty.

Sounds like a great binge watch right? However, as fun to watch as the Brazilian dystopian future show 3% is, it is also a very dangerous warning. While watching the events unfold on-screen I couldn’t help but notice the striking similarities to the world around me. It wasn’t like in Hunger Games where children were being taken away to die. These children all had a fighting chance. They had time to prepare and most of them wanted to pass the trials ahead of them. 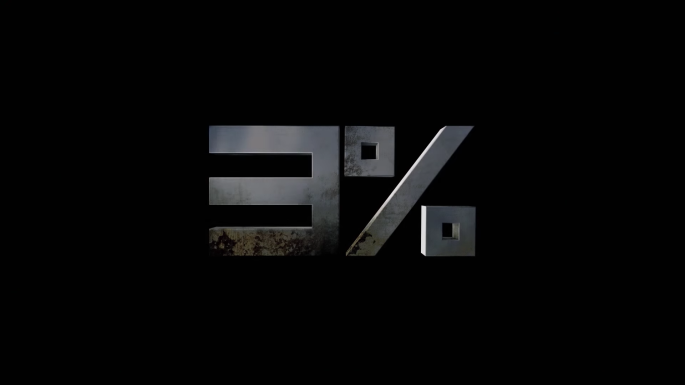 The first thing that threw me off about The Process was how fair it was. These kids aren’t geniuses. Nobody is being forced to fight anyone else. The tests are mostly psychological. The kids are put into a situation and have to figure out how to get out of it or how to solve a certain problem. Success is rewarded with praise and treats. Failure gets you eliminated. Even as the world gets darker it never spirals out of control. It always seems to be based in reality, and that is why it scares me.

See, if it was based on violence I wouldn’t be concerned. For the most part, I believe that something like The Hunger Games would never happen, or at least it would never be televised. However, we already go through The Process. Every year kids prepare to go to school for the first time. Attendance is mandatory. If you succeed, you move on. If you fail, you face the consequences. As schooling goes on it gets increasingly competitive. By the end you are fighting to get into a college you like. You have lost friends. Some have dropped out. Failed. Died. And yet here you are, fighting for something that someone else made you believe was the right choice from a young age. 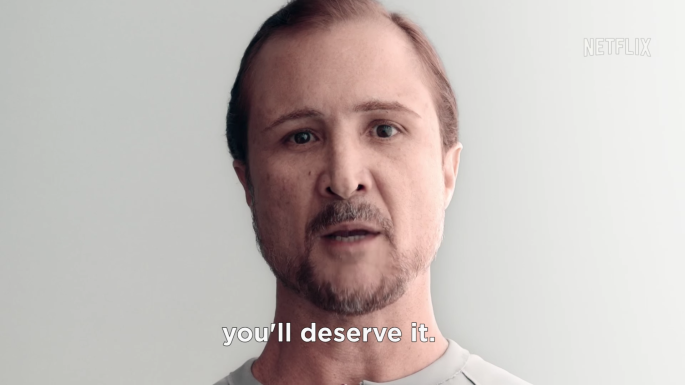 This is all normal right? Is it just the way the world works? Well, that is exactly how the world of The 3% got to where it is today. The 3% look down on the other 97%. They control them through militant actions and constant surveillance. They torture and dispose of anyone who is against their Process. Their way of life. Because they passed, why can’t you? It’s all fair, right? Everyone gets a chance. People murder, cheat and steal in order to pass The Process. They are willing to let their families rot in poverty just so that they can have a better life. The test takers are constantly forced to choose between what is right and what is for the good of the 3%. 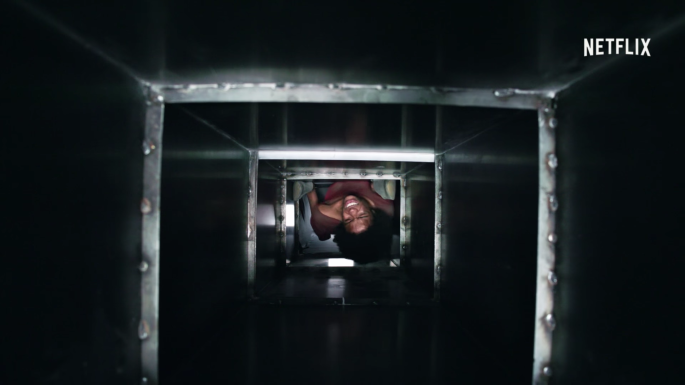 Now, I’m not saying that our society is going to change overnight, the seeds of a 3% future have already been planted. And as we all know, reality and art tend to mimic each other. I don’t know if Netflix is going to give this show a second season, or where it would go even if it got one, but I am curious to see what they do with it. A lot of storylines were left unresolved and the viewers never actually got to see the Offshore. I’m curious to see what happens to the characters who failed the test. It seemed as if a civil unrest was brewing in the 97%. If you didn’t catch this one in your suggestions that I would fully recommend seeking it out and giving it a good old fashion binge.